donate here
Tweet Comment0
Lead literature critic A.J. Kiyoizumi brings to you the latest in book releases on her radar in the first weekly installment of “Read Some Books.”

“This is How You Lose Her” by Junot Diaz

Junot Diaz is back five years after “The Brief and Wondrous Life of Oscar Wao,” focusing again on the immigrant experience in his direct and poignant prose. In one of the nine stories focusing on Yunior, his fiancee catches him cheating on her with fifty girls. Did I mention that the main character is based on the author himself in many ways?

“The People of Forever are Not Afraid” by Shani Boianjiu 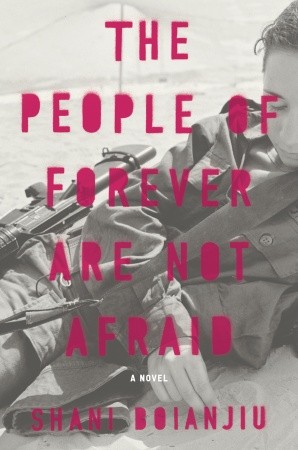 The first chapter of Boianjiu’s book starts off with Avishag staying longer than any other soldier has in the tear-gas training tent, talking. But instead of being rewarded, she is reminded of how often she talks out of turn in the Israeli training camp, and is punished by having to sleep with a gas-mask on. “Creative and humiliating all at once,” she thinks, “Sort of impressed.”

All of this — the Israeli army, death, bombings — are told in the vernacular of a teenage girl, perhaps similar to a sixteen-year-old Tina Fey. The humor of the novel juxtaposed with brutalities of war can only be read as human coping mechanisms, as the author herself was in the Israeli army.

Chabon’s novel takes on some of the greater issues attached to the area bordering Berkeley and Oakland — race, community, history, money, culture and all of their complications. The characters alone embody archetypes of the Bay Area, yet are nuanced enough to surprise. Friends Archy and Nat struggle to keep their record store alive despite a prominent black businessman threatening to franchise the area. The wives of both characters are also midwives, described as of the “Alice Waters” variety. They all struggle to keep what they want as their own, but the push and pull of each other and of the times cannot possibly accommodate everyone.

Chabon’s book tour kicks off on Wednesday with a party at Diesel Bookstore in Oakland (5433 College Ave.) at 7pm.