This week’s Read Some Books features some reads to haunt you to get you in the mood for Halloween, also paired with movies and TV shows that will spook you equally well.“Hannibal”

Many people know the preceding novel, “Silence of the Lambs” by Thomas Harris (as well as the movie), but the sequel, “Hannibal,” is almost more terrifying in how it shakes up the readers’ thoughts of each of the characters, including Dr. Lecter himself. Clarisse’s morals are questioned to the point that Jodi Foster evenrefused to play the role again because she disagreed so strongly with the ending of the novel. Even though the movie’s ending is different than the novel, both are gruesome and definitely Halloween-worthy. If you have only seen or read “Silence of the Lambs,” you will never guess how Dr. Lecter and Clarisse end up in Harris’ twisted saga. 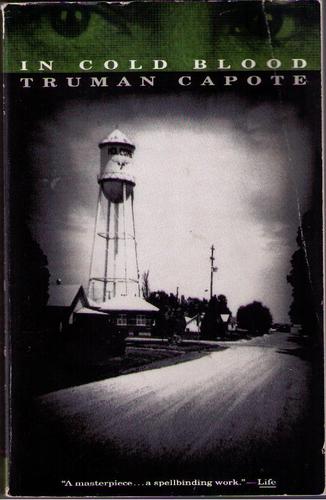 Nothing is more terrifying to me than reading about a real-life crime, especially one that was committed with no known motive other than $50. After reading this journalistic account by Truman Capote of the 1959 murder of the Clutter family in Kansas, you will get chills from the insight of the two murderers and their senseless act of brutality.

There is a film by the same name as the book from 1967, but “Capote” (2005) develops a deeper vision of the author’s research that haunts in its vision of the human psyche. In “Capote,” the film’s namesake arguably falls in love with one of the murderers. The moral conflict and Capote’s riveting words will leave you thinking about it days after watching the film or reading the book.

Cormac McCarthy’s novel about a father and son in a post-apocalyptic world is not only terrifying to think about, but also spooky in its bleakness of the idea of being potentially the only survivors on Earth. Unless you think the idea of a movie depicting only two characters walking down a road alone is interesting, the movie isn’t highly recommended as a riveting chair-clutcher for Halloween. “I Am Legend” is probably a better pick because, 1) It has Will Smith and 2) In the film he talks to mannequins and fights zombies.

Many may not think children’s writer Roald Dahl to be the morbid type, but after picking up a book of his short stories once as a kid, I’ve never forgotten this story and the look on my sister’s face when we finished reading it.

A man approaches an artist to create a tattoo on his back, and years later when the artist is famous, he shows his back to some astonished gallerists. One man offers a skin-graft surgery to buy the painting, and another offers a stay at a hotel to showcase the work. The man goes with the latter, yet an undiscovered painting by the now famous artist goes up for auction a few days later.

Although a quick read and not one of Dahl’s more famous works, it’s not one that anyone will forget. This story would be best paired with the film “The Stendhal Syndrome,” which also demonstrates the fear and drama that art is capable of. Although a different story than Dahl’s, the movie is titled after a disease when one is so amazed to the point of almost fear in the beauty of a piece of artwork that it can cause the person to faint on the spot. This psychological thriller is also one of the earlier movies to really take advantage of special effects. Be warned, even the trailer is not for the faint of heart.

Anything by Stephen King is terrifying and perfect for Halloween, but perhaps “The Shining” is the best movie to be produced from one of his books. No one will ever forget “red rum,” and this face:

Any “Goosebumps” by R.L. Stine

The “Goosebumps” series were a staple of childhood and the campy titles like “Revenge of the Lawn Gnomes” and “Piano Lessons Can Be Murder” should have turned us off, but let’s be honest, everything was cool in the 90’s and we don’t question it. Even though the books had their own TV series, “Are You Afraid of the Dark” basically had the scary market shut down at that point. Probably no one else (besides me) finds these still scary, but you have to admit that before age 10 these books and Nickelodeon show scared the pants off of you to the point where you were not even allowed to watch the TV show anymore because you would have nightmares and wake up your parents.

But I have to say that I watched “Are You Afraid of the Dark” recently and the opening credits alone made me nervous.