Pretentious films to impress your film buff uncle at Thanksgiving 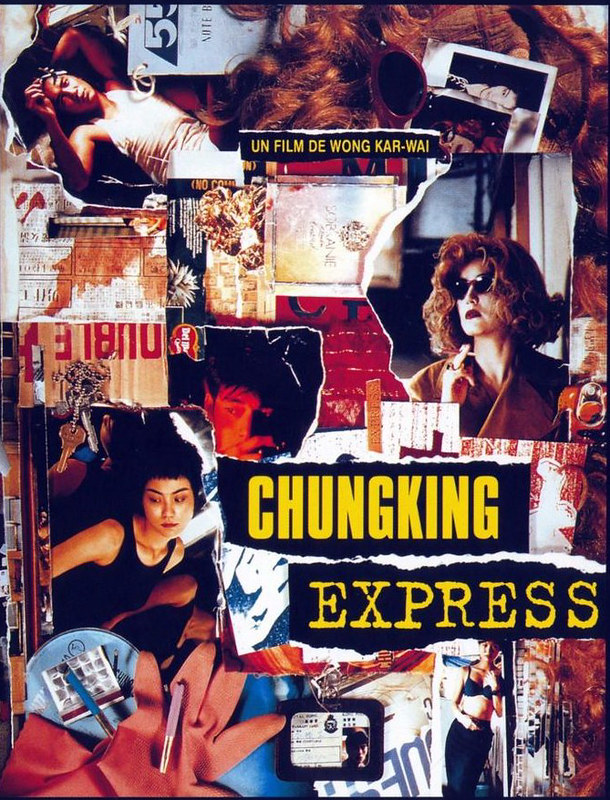 Thanksgiving calls for a gathering of people. And among these gathered people, there’s often a certain uncle who makes an appearance: The pretentious film buff whose primary social media app is Letterboxd. Maybe you know what I’m talking about, maybe you don’t (if you don’t, congratulations, your Thanksgiving just got a little less annoying).

Here are some movie recommendations that will help you combat pretentious cinephiles with even more pretentiousness.

California dreamin’. The famous melody is permanently reminiscent of Wong Kar-Wai’s masterful Hong Kong love story. Taking place in the jungles of the city’s market street, the film feels both incredibly real and fantastical. You feel bittersweet but not sad, fun but not silly, intimate, loving, hopeful, lost and insert every sentiment that you’ve ever felt. It’s more or less what life can feel like as a young adult. Can you still relate, uncle?

Éric Rohmer films aren’t made for the sleepy or impatient. The director is famous for his dialogue centric pictures where conversations make up the entirety of the film. Conte d’ete, A Summer’s Tale, takes place at a beach town and follows Gaspard’s budding and continuous relationships. The film is unapologetic in asking whether romantic love can outweigh friendship. Can it? Make sure to ask your uncle.

1980, Dublin, rock bands, crushes, rabbits, girls, boys and everyone in between. Sing Street is a coming-of-age movie that is unique in every single way possible. The music score is liquid serotonin, and even after several viewings, it’s difficult to figure out whether this film is uplifting or pure sadness. Above all, the film is a secret code between those who’ve managed to watch this seemingly random film, but not so secret as anyone who’s watched it can’t seem to stop talking about it. You show your uncle just that.

A Room with a View, James Ivory

Get ready to meet Helena Bonham Carter before she was part of Voldemort’s grungy gang of the dark arts. Based on E. M. Forster’s novel, “A Room With a View,” the film is breathtakingly dreamy. The romantic life of Lucy Honeychurch (yes, Honeychurch) makes me want to be in Florence with my own swooning love story. Seriously. When Is it my turn? The extraordinarily runtime is a visual treat while serving as a social critique of English sensibilities. It’s a perfect film to indulge in after the great Thanksgiving feast.

“Breathless” was one of the pivotal films that kicked off the French New Wave, with the director Jean-Luc Godard at its helm. The movie is famous for its jump cuts and Godard’s infamous feature of really bad boyfriends. When you think it can’t get any worse, it does. If uncle’s in a preachy mood, it’s a movie that’ll make him say, “Be careful of guys like that.” Then you can reply by saying: “The female protagonist Patricia is actually presented in a distinct and direct feminist manner as she is caught in an ambiguous existential state regardless of the male character, and this is a refreshing direction in cinema.”

Bringing up Agnès Varda will be enough to get on the nerves of our cinephile uncle. But out of many of her brilliant films, I suggest “Daguerréotypes,” Varda’s poignant documentation of a Paris street. The film is philosophical, playful and loving, full of special attention to the people around us. The hour and a half spent marveling at the film is enough to make you think there’s a certain magic all around us, regardless of whether it’d be seemingly trivial or small. Welcome to the world of Agnès Varda. You will come out a different person.

There are many ways to battle the Thanksgiving family gatherings. The Clog suggests pretentiousness for this year’s weapon of choice.