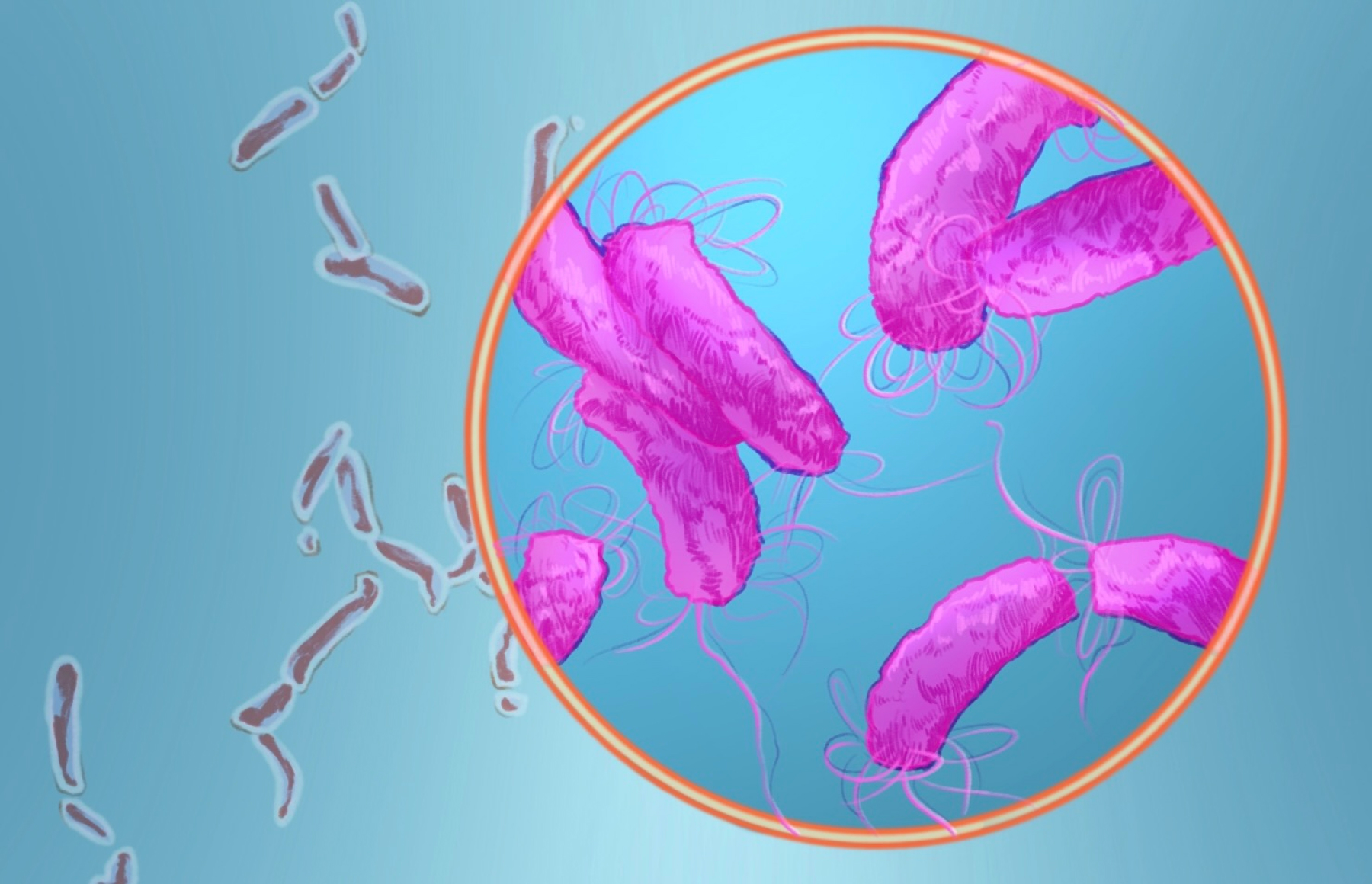 In 2012, doctor Ali Khodadoust was in the intensive care unit, suffering from a deadly bacterial infection.

Khodadoust had just had a successful heart surgery where surgeons placed a plastic mesh over his aorta. However, that lifesaving plastic mesh was contaminated with a deadly bacteria called Pseudomonas aeruginosa, or P. aeruginosa. Within 48 hours of being treated, Khodadoust became very ill and his surgeons found a P. aeruginosa bacterial infection had taken over his sternum.

Khodadoust’s disease was not an extraordinary one. In 2019, deaths from antibiotic-resistant bacteria such as P. aeruginosa were connected to 4.95 million deaths, meaning this bacteria resulted in more deaths than diseases including HIV/AIDS and malaria.

In theory, antibiotics are treatment plans designed to specifically target and kill bacteria that cause disease. However, these types of treatment plans against antibiotic-resistant bacteria such as P. aeruginosa are almost useless. The disease-causing bacteria are thus able to spread disease and multiply without limit.

To understand how antibiotic-resistant bacteria became a healthcare crisis, it is necessary to look back to when the first antibiotic — penicillin — was discovered in 1928. Penicillin initially showed promise in eliminating bacteria: Patients were being healed and the spread of bacterial diseases was slowing.

However, the bacteria were simultaneously evolving to defend themselves against antibiotic treatment. Due to bacteria’s exposure to antibiotics as early as the 1940s, penicillin’s effectiveness began to falter. Because of this, newer antibiotics were discovered to counteract increasingly powerful bacteria. However, bacteria eventually evolved to be resistant to this newer antibiotic as well. Thus, a disastrous pattern emerged.

On top of this, bacteria sometimes exchanged their resistant abilities, creating what are known as “superbugs,” such as P. aeruginosa. Superbugs are bacteria that are resistant to multiple different antibiotics. Thus, the emergence of them began a never-ending race to beat bacteria, which ended in the 1980s when it became much less profitable to discover new antibiotics.

For those suffering from bacterial infection, such as Khodadoust, medical research on antibiotics is a matter of life and death. These cases remind us that funding for this realm of scientific and experimental research is necessary now more than ever.

Today, most antibiotic resistance spreads through our food. Herded animals, such as pigs, chickens and cows, are often kept in unsanitary conditions. This increases their susceptibility to bacterial infection and must be regularly fed strong antibiotics. These strong antibiotics unintentionally also help these animals to evolve antibiotic-resistant bacteria inside of them, such as certain types of salmonella or E. coli. We then consume the meat products containing these bacteria and become ill ourselves.

All these facts make antibiotic-resistant bacteria a scary and daunting problem to solve. However, solutions lie ahead that can keep this silent pandemic in check.

For Khodadoust, the solution came from researchers nearby conducting a study on pond water. Yale scientist Benjamin Chan began researching a curious type of virus, called a bacteriophage. Bacteriophages attack and kill bacteria, but not humans. Each type of bacteriophage eliminates a certain species of bacteria. Bacteriophages are even able to kill antibiotic-resistant bacteria.

It is possible that superbugs could become bacteriophage, or phage, resistant, a process in which bacteria is able to fend off viral bacteriophages that are trying to attack it. However, in order for bacteria to become phage resistant, it would have to give up its antibiotic resistance, making it vulnerable to antibiotics. So, researchers could catch the bacteria in a sticky situation.

For example, if  P. aeruginosa bacteriophages were injected into the patient, it is likely that much of the bacteria would be killed. Afterwards, if there was still phage-resistant bacteria present in the patient, the researchers would know this particular bacteria was not antibiotic resistant. Therefore, researchers could have the remaining bacteria be introduced to another round of antibiotics in an attempt to  kill off the bacterial infection for good. This is a repeated process known as phage therapy.

So, Chan began his work, seeking to find a bacteriophage that would kill P. aeruginosa.

Chan happened to get his hands on a sample of water from Dodge Pond, a body of water just 40 minutes from the Yale campus. The sample included his wanted bacteriophage, which he labeled: OMKO1.

OMKOI was injected into Khodadoust’s chest, which was subsequently followed by a round of antibiotics. The result was successful and he was cured. Ever since, phage therapy is continuing to be tested  in hopes for FDA approval.

Research on phage therapy to combat antibiotic resistant bacteria demonstrates the need to invest time and energy in scientific research, as it continues to benefit the global community at large. Solutions lie in experiments that require funding, funding that exists if health professionals are allowed to utilize it.