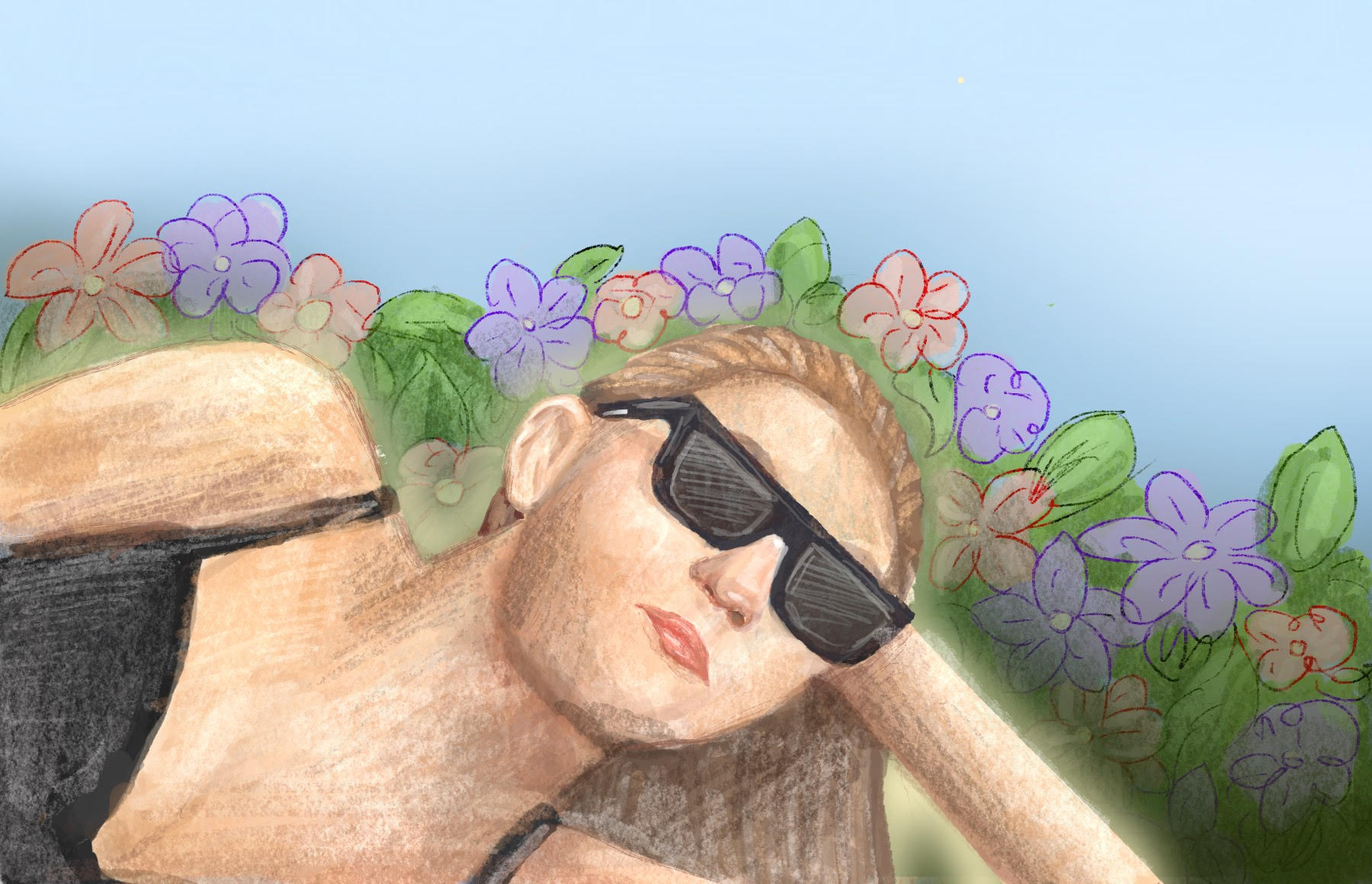 Gripping a trapeze bar suspended in midair is no small feat, but Miley Cyrus makes it look easy. With her shoulders pulled back and leg muscles glistening, her entire body appears activated while her parted red lips and tousled blonde locks evoke an overall sense of chill. This is the energy Cyrus has in store for 2023

Finding strength through pain isn’t new to Cyrus, but she has a way of expressing her emotions through ever-changing genres and aesthetics. The former Disney star, having been releasing music for over 15 years, anticipates yet another transformation on her upcoming trapeze-hanging album, Endless Summer Vacation. The album’s debut single “Flowers” offers a taste of Miley’s new era.

Released Jan. 13 (happy birthday to Cyrus’ ex, Liam Hemsworth), “Flowers” navigates moving on from heartbreak. Though fan speculations of Hemsworth-nodding Easter eggs seem to be growing, the dancey bop steers clear of vindictive rage and wallowing sadness. It may lightly touch on themes of revenge, but it’s more fitting to call the new single a hip-swaying anthem of self-love.

The familiarity of Cyrus’ smoky voice begins the song, but her powerhouse tendency rests sensually behind a breathy melody hugged by the warmth of grooving bass. With the addition of drums, the verse quickly builds up as Cyrus sings, “Started to cry, but then remembered I.” Adding tension to this build, a brief pause prepares listeners for a satisfying release through an anticipated crescendo of booming vocals and electric guitar.

But that tension is never released — at least not in the expected way.

Backed by a breezy drum beat and glimmering strings, a funky bassline steers the song into a disco-infused chorus. Compared to the power ballad vocals of Plastic Hearts, Cyrus’ vocals remain tamed as she sings, “I can buy myself flowers/ Write my name in the sand.” Her move away from rock ’n’ roll belting in favor of a “less is more” execution comes as a surprise, but the twist is refreshing and she wears restraint well.

Reminiscent of the regretful should-haves of Bruno Mars’ “When I Was Your Man,” the chorus’ lyrics transform Mars’ mournful musings into mantras that ooze self-confidence: “I can take myself dancing/ And I can hold my own hand.” Sprinkled with Cyrus’ signature rasp, the simplicity of the revamped lyrics are vitalized by the song’s groovy beat, concocting an irresistible hip sway. By the chorus’ end, it’s hard not to sing along to Cyrus’ harmonized “Can love me better, I can love me better, baby.”

For Cyrus, there’s no way to love yourself better than exercising in lingerie. Battle ropes, bear crawls and resistance band burpees are just some of the workouts she powers through in the music video released alongside “Flowers” — no wonder she can hang midair from a trapeze bar. She also soaks in self-love while dancing in the Los Angeles sunshine wearing a gold vintage Yves Saint Laurent dress and black sunglasses.

Whether “Flowers” sets the tone for Cyrus’ upcoming eighth studio album or acts as a brief disco detour, the new single exemplifies her genre-bending savvy. Her harnessed restraint is a delectable treat and teases the possibilities of Miley’s new era. With all this self-love, who knows what else new year, new Miley will bring to 2023?