How young people are embracing tattoos with open arms 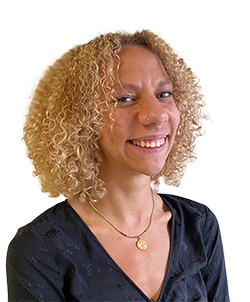 Picture this: You’ve just gotten home from university for winter break. You’re sitting around the dinner table with your family; the conversation in which you’ve briefly summarized everything that has happened over the last four months is coming to an end. Your heart palpitates for a second. You think to yourself, “Do I tell them? I’m going to have to tell them, they’re going to find out eventually.” You take a deep breath and nervously announce, “Oh I almost forgot … I got a tattoo!” You see their eyes widen. Instant regret floods over you as one parent spits out a meatball and the other chokes on a gulp of Chardonnay. You desperately search for the exit points in the room, but it’s too late.  “What did you get?” they demand in unison. You slowly roll up your sleeve to reveal the tattoo and ask, “Do you like it?” There is a grim silence as they stare at the image of a frog wearing a mushroom hat slapped across your forearm. Finally, they erupt, vomiting their opinions all over you, with questions like “So you’re part of a gang now?” and remarks like “That’s it, you’ll never be employed.” They don’t even know that you’ve named the frog Timothy. You leave the table disappointed but unsurprised by their reaction and immediately return to Pinterest in search of your next tattoo.

Scenes not dissimilar to this are increasing in frequency across the country as more and more young people have begun investing in tattoos as a means of self-expression. I myself am no exception. At the start of 2022, I had a grand total of zero tattoos, but by the end of the year, I somehow ended up with five. The tattoo craze managed to find its way to my once-indifferent self and now has me in an inescapable chokehold. In no way was this foreseen, which has left me wondering how my attitudes were so quickly swayed.

It is now obvious that many have moved on from the stereotype that tattoos are reserved solely for sailors, biker gangs and criminals. Cultural movements like punk rock and the increased popularity among celebrities have worked to slowly chip away at the stigma surrounding tattoos. However, this recent boom is a result of more than just destigmatization; what has changed is the attitude toward the permanence of tattoos.

Even just a decade ago, a tattoo was often only considered valuable if it had some long, convoluted meaning behind it. Now, getting a tattoo is viewed by many as a fun and exciting activity to do on the weekend. Of course, people still get meaningful tattoos, but it’s acceptable for that meaning to simply be based on appearance. This is the era of art for art’s sake, marked by people’s growing preference for flash tattoos over custom. Events like Friday the 13th are evidence of this change. In the tattoo community, it is seen as good luck to get tattooed on Friday the 13th, which has led to a new tradition of majorly discounted prices for flash design tattoos on this day. Not only has this encouraged people to get specific artists’ work, but it has also made it easier for first-timers to begin their exploration of the tattoo world.

Social media has also worked to greatly normalize tattoos among young people. On TikTok alone, the hashtag #Tattoos has been viewed over 30 billion times, promoting tattoo trends like the patchwork sleeve. As a result, finding unique artists and artwork that suit individuals’ tastes has never been easier and more accessible.

Why the permanence of tattoos is no longer feared is a slight mystery. It could be a result of the encroaching existential dread that has fallen upon Gen Z regarding the future state of the world, which makes focusing on the desires of the present easier. But that may be a little dramatic. Maybe it’s simply that tattoos are becoming a more socially acceptable way to express individuality, a method that should be indulged instead of feared. People have awoken to the joy and endless creativity of this form of self-decoration.

This brings me back to how I ended up getting five unplanned tattoos in a year. Beyond the initial addictive thrill of getting a new tattoo, I have come to see tattoos like passport stamps — things that you collect along the way to remind yourself of where you’ve been and who you’ve met. Over time, they amass to create a beautiful and insightful diary of one’s life, with each one being the key to a different story. So, I hope that when I’m 60, and I look at what was once a flower but is now just a blotchy mess on my arm, I’m not regretful but instead glad to be reminded of past moments of joy.