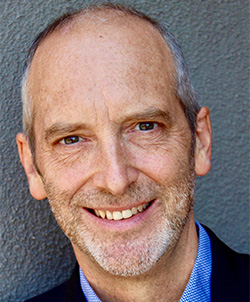 When John Hartwig, UC Berkeley Henry Rapoport Chair of Organic Chemistry, first arrived on campus as a doctoral student, he impressed his thesis adviser professor Robert Bergman, who knew his career would be a success.

“He is certainly one of the best graduate PhD students that I’ve had in a long career because of his intelligence, creativity and really hard work,” Bergman said.

Now, Hartwig has been appointed as a member of the Institut Catalá d’Investigació Química’s, or ICIQ, Scientific Advisory Board, or SAB, according to an ICIQ press release. Hartwig said he expects to speak with researchers about recent scientific progress and strategize with ICIQ directors about hiring and future research. The SAB is a board of 11 academics around the globe with research specialties aligned with the ICIQ, according to the press release. Hartwig, the only American board member, added that the ICIQ’s global reach and longstanding leadership in catalysis are some of its strengths.

Hartwig studied his specialty field for the ICIQ, transition metal catalysis for organic synthesis, at Yale University working on reaction mechanisms, he noted. His pioneering work and expertise in catalysis, according to Bergman, made Hartwig famous and possibly caught the attention of the ICIQ.

“I value the science that they do there, and I know some of the people, and I have very high respect for the level of science that occurs there,” Hartwig said. “I agreed to do it.”

Hartwig described his expertise, stating he “works at the interface between inorganic and organic chemistry” and the use of transition metals to catalyze organic molecules. Further, he hosted visiting scholars from the ICIQ to work in his lab. He received his offer to join the SAB not long after serving as a thesis adviser for a student from the ICIQ, he noted.

Bergam said Hartwig stood out as one of his best doctoral students because of his dedication, interactive ability and creativity. Bergman noted his capability to perform high-quality work in a short period of time. The pair worked on multiple highly important papers together, and Bergman commended Hartwig’s creativity and research initiative.

“Out of all the students I’ve had, that kind of creativity and independence are the most important factors in predicting whether somebody is likely to have the career that John has had,” Bergman said.

Likewise, professor emeritus in the department of chemistry at MIT Stephen Lippard, postdoctoral adviser to Hartwig, described Hartwig as a “terrific experimentalist” and talented co-worker who wrote “first-rate papers.”

Hartwig hopes to continue fostering creativity and inspire future work through his position at the ICIQ, which will not involve teaching or lab. He said the ICIQ follows a more traditional American-style research university system where researchers can be hired young and have the freedom to pursue individual research.

“I am excited to get an opportunity to see the breadth of research that goes on at the ICIQ,” Hartwig said. “As always, there may be lessons to be learned about how they are operating to guide our own Berkeley department and our own ways to see how to modify our own research groups.”