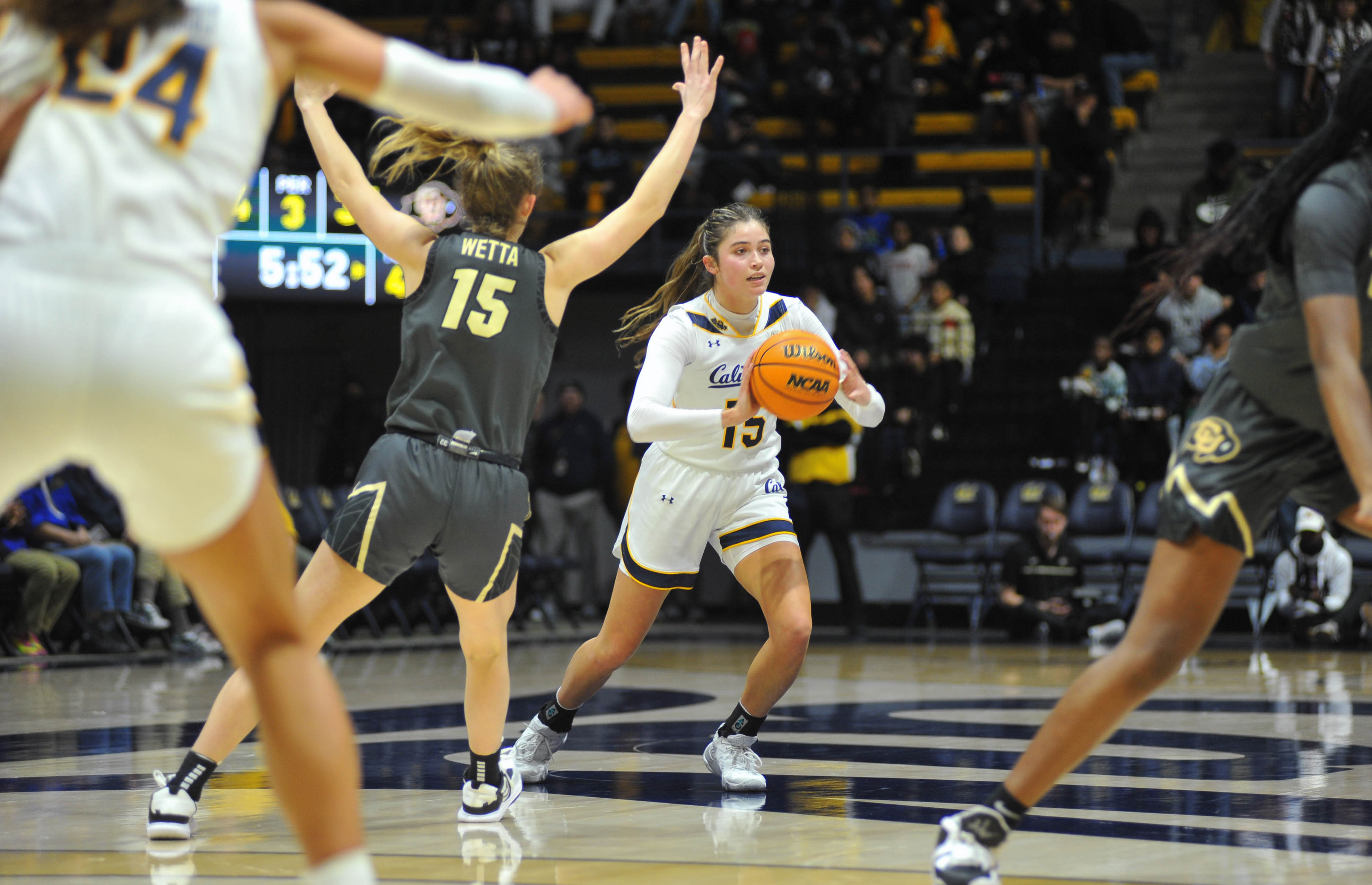 Losses four and five in a now five-game losing streak for Cal women’s basketball came against No. 24 Colorado and No. 8 Utah at home this past weekend.

The Buffs beat the Bears 73-66 on Friday morning in a game where Cal led at both half time and the end of the third quarter. The Utes then completely dismantled head coach Charmin Smith’s team on Sunday evening in an 87-62 blowout, again at Haas Pavilion.

In Smith’s 50th conference game as Cal’s head coach, Colorado’s senior center Quay Miller dropped 26 points, a season high. But the star of the evening was the Buffs’ senior guard Jaylyn Sherrod, who scored 11 of her 15 points in the fourth quarter to lead Colorado back from behind.

“I thought Sherrod hit some big shots late and we had some rim out for us late and that’s the difference,” said Smith. “It’s who makes shots down the stretch and they were 9-11 in the fourth quarter. We will get to where we’re making those big shots and it’s our turn.”

Indeed, Cal was within reach of its first win against a ranked opponent since 2020. The Bears and the Buffs were tied at 54 with a little under six minutes left to play in part thanks to offensive production from Cal’s senior forward Evelien Lutje-Schipholt, who finished with 17 points to lead the Bears in scoring.

But it was mostly solid defense that gave Cal a shot at the upset. The third quarter saw the Bears put together perhaps its best defensive showing of any quarter this season, holding the Buffs to just 9 points through 10 minutes. Smith tried to explain what suddenly changed between the third and fourth quarter and came up with a few answers.

“We kind of liked our matchups. I think Michelle (Onyiah) defensively had a solid day. Made fewer mistakes than usual.” said Smith. “Like I said we had people sagging off of Sherrod and she made some shots that were kind of like daggers down that stretch and that’s tough because their posts were commanding that help.”

Lutje-Schipholt expressed her belief after the Colorado game that the team was making progress, and that its progress would eventually translate into wins.

“I talk with Charmin about this a lot. We have to find the positives in it,” said Lutje-Schipholt. “I think today was better than our last game, and the game before that. And as long as we make progressions like that, our day will come.”

Usually Smith is flanked by two veteran players at home post-game press conferences. But after the Utah game, Smith sat alone to address the media.

“I have tried to point out that we are playing the toughest stretch of our schedule right now,” said Smith. “All these teams are where we want to be. We’re striving to be them. It takes time, it takes persistence, it takes buy-in. We’ve just got to stay steady with who we are.”

The Bears simply failed to slow down the Utes’ high-powered offense, in part because they could not keep Utah off of the offensive glass. 10 of Utah’s 41 rebounds were offensive, and as Smith pointed out after the game, it’s almost inevitable that offensive rebounds lead to good looks from three. Sure enough, the Utes capitalized on Cal’s weakness on the boards, shooting nearly 50% from three on 23 attempts.

The Bears now sit at 10-9 after a 9-2 start to the season. Cal now has at least 11 games left, including the first round of the Pac-12 tournament in Las Vegas, to recover what seemed to be such a promising year for fourth-year head coach Smith.