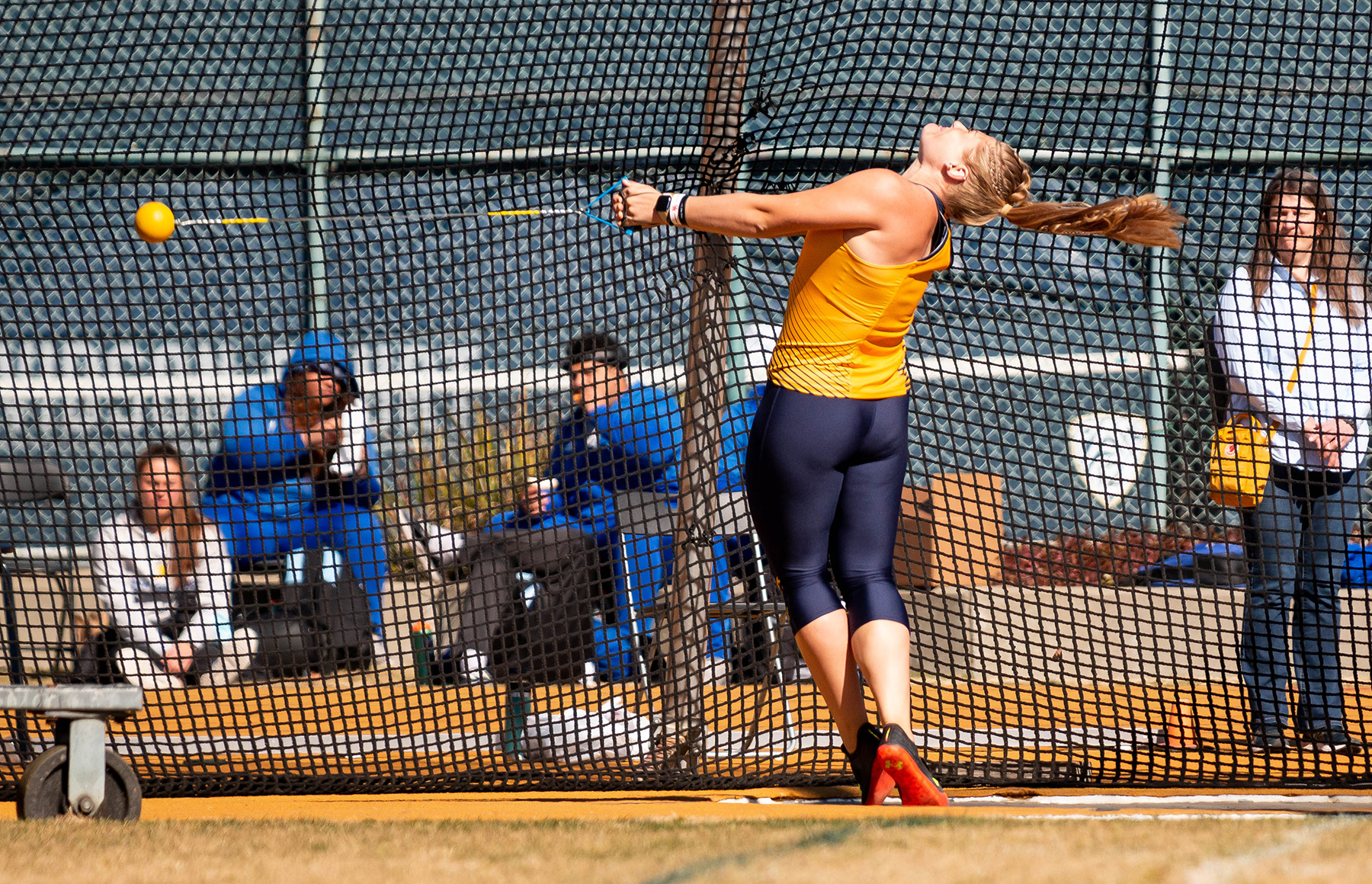 Disappointment is a feeling all too familiar for Bears fans — from Cal football’s humiliating 13-20 loss to a previously winless Colorado, to men’s basketball’s historic 15-game losing streak. However, after a historic 2022 campaign, Cal track and field has emerged as the shining star of Cal Athletics.

The 2023 track and field indoor season will begin for the Bears at the New Mexico Team Open on Friday.

Although the Bears have been in the offseason, that has not stopped the team from making headlines. Throwers Camryn Rogers and Mykolas Alekna were awarded the No. 2 rank in the world for their respective events by Track & Field News. Rogers, a senior, has earned three NCAA championships in hammer throwing and holds the collegiate record in the event. Rogers also goes down in the record books as the blue and gold’s first national finalist for The Bowerman.

With Rogers and Alekna, the men’s and women’s throwing squads will undoubtedly find success this indoor and outdoor season.

Aside from throwing, veteran returners Mason Mangum and Jai Williams will be leading the men’s jumping squad this season. At last season’s Pac-12 Invitational, Mangum found success, achieving the fifth-best long jump in Cal history. Competing alongside the veteran jumpers will be freshman Jason Plumb. Plumb has already made a name for himself as the 2022 California Interscholastic Federation State long jump champion. Plumb’s win was especially noteworthy as he was the first Orange County male athlete to win the state boy’s long jump in 97 years. The freshman will likely be an impactful addition to Cal’s jumping squad.

On the women’s side, senior Asha Fletcher will be one to watch this season. Last indoor season, Fletcher set the fourth-best triple jump in blue and gold history, achieving a personal record of 13.03 meters. Also on the jumping squad are Brown transfers Felicia Renelus and ljeoma Uche, who made their blue and gold debuts last season.

Beyond throwing and jumping, the men’s and women’s sprinting squads will be joined by accomplished returners and a promising contingent of newcomers. On the women’s team, sophomore Aysha Shaheed is back after a memorable freshman season. In 2022, Shaheed achieved the fourth-best 200-meter and seventh-best 100-meter times in Cal history. Meanwhile, Princeton transfer Grace Lanouette, Ivy League champion of the 100-meter dash and 4×100 meter relay, will make her season debut in the blue and gold.

While only a sophomore, David Foster is a sprinter to watch this season. Last season, Foster earned the second-best 60-meter time in Cal history, along with the sixth-best 100-meter dash time in program history. Racing alongside Foster this season will be USC sophomore transfer Gavin Schurr. Schurr had an impressive showing at the 2022 USA Track and Field U20 Outdoor Championships, where he earned third place in the 200-meter and fifth place in the 100-meter.

Cal’s roster this season, which includes nearly 40 newcomers, looks set to continue to make track and field history. It will be put to the test for the first time in the High Desert on Friday.