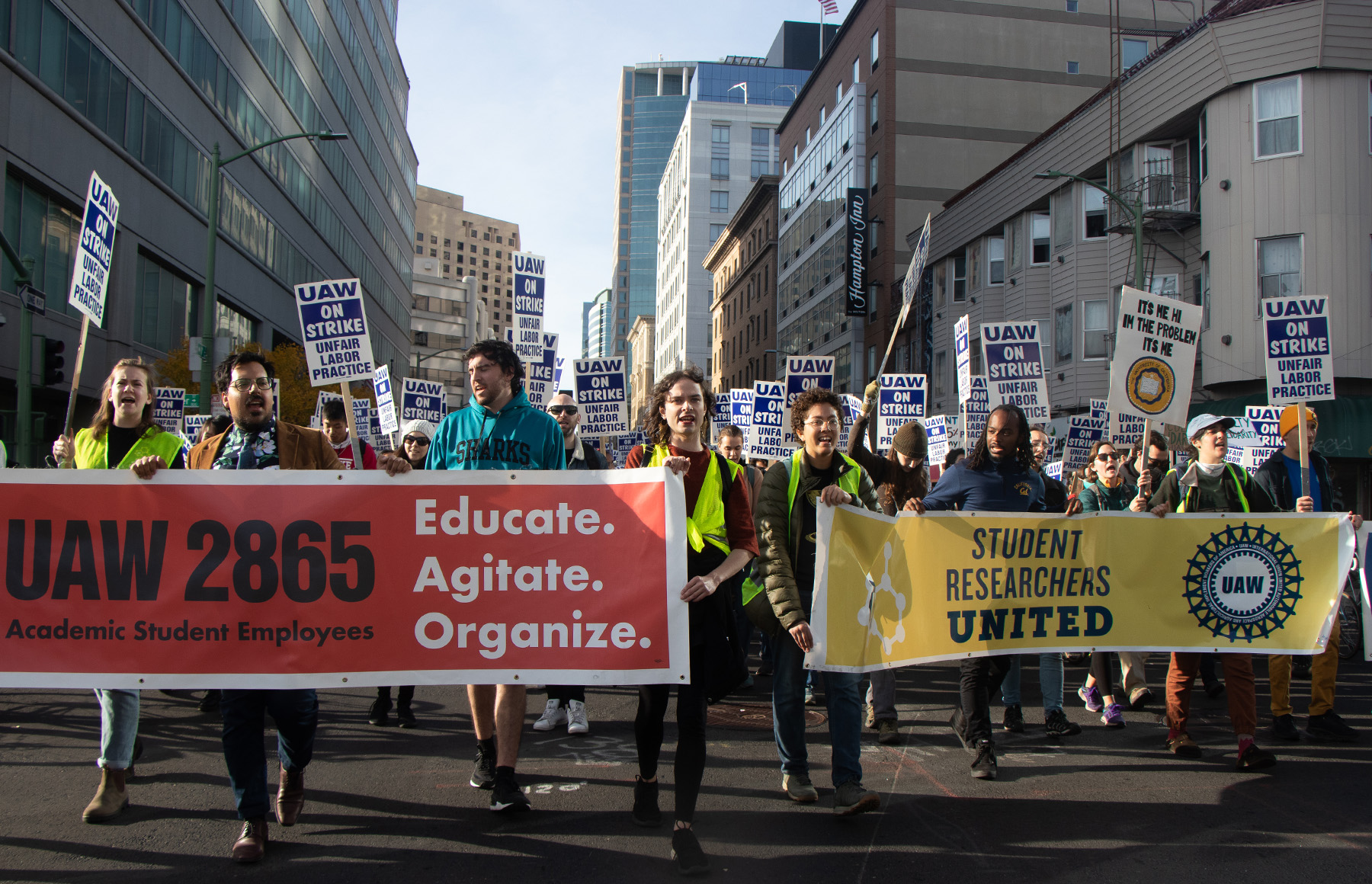 The joint-council, a body of elected officers from the United Auto Workers 2865, or UAW 2865, union voted unanimously to merge with the Student Researchers United, or SRU, union at their meeting on Sunday.

The request came from the SRU bargaining team, according to Rafael Jaime, UAW 2865 president. Jaime noted that at the meeting, there were many who spoke in favor of the merger, and a standing ovation was given after it officially passed.

“As one union with large membership, we have greater power to fight for the changes that are important to us,” Jaime said in an email. “Having separate unions and contracts would mean that workers enforcing the contracts would have to do a lot of superfluous bureaucratic work, for instance, filing multiple grievances and going through multiple grievance processes instead of one single process to protect all SRs and ASEs in a workplace.”

Jaime alleged that the only reason the two unions were formed separately in the first place is because the University has historically fought to exclude student researchers from having labor rights. Student researchers organized and eventually won the right to form a union in 2017.

The merger between the two unions allows for both groups to have greater power when fighting for changes that matter to them.

“I’m really happy that we will now have one union and one contract,” Leo Hamerlynck, a fifth-year UC Berkeley graduate student, said in an email. “It was great to see over a hundred workers vote unanimously in favor of this at our campus’ Monthly Membership Meeting, and then to see it pass at the joint council meeting with no opposition.”

Having two separate unions with newly ratified contracts would mean a lot of excess bureaucratic work, because each unit would have to go through separate processes to address issues in the workplace, according to Jaime.

Jaime said with the merger, SRU and UAW 2865 will join many other unions across the country who have a “common sense” structure that unites both parties under one contract. This will allow all members to be protected and represented through one system.

“Having separate unions and contracts would mean that workers enforcing the contracts would have to do a lot of superfluous bureaucratic work, for instance, filing multiple grievances and going through multiple grievance processes instead of one single process to protect all SRs and ASEs in a workplace,” Jaime said in the email. “With one union and one contract, we can enforce our contract together and use our united power to improve the University in myriad other ways.”

The union looks forward to building power as a unified group over the next two years, according to Jaime. He added that they will fight for a more just and equitable University system and continue to find even more opportunities to change.